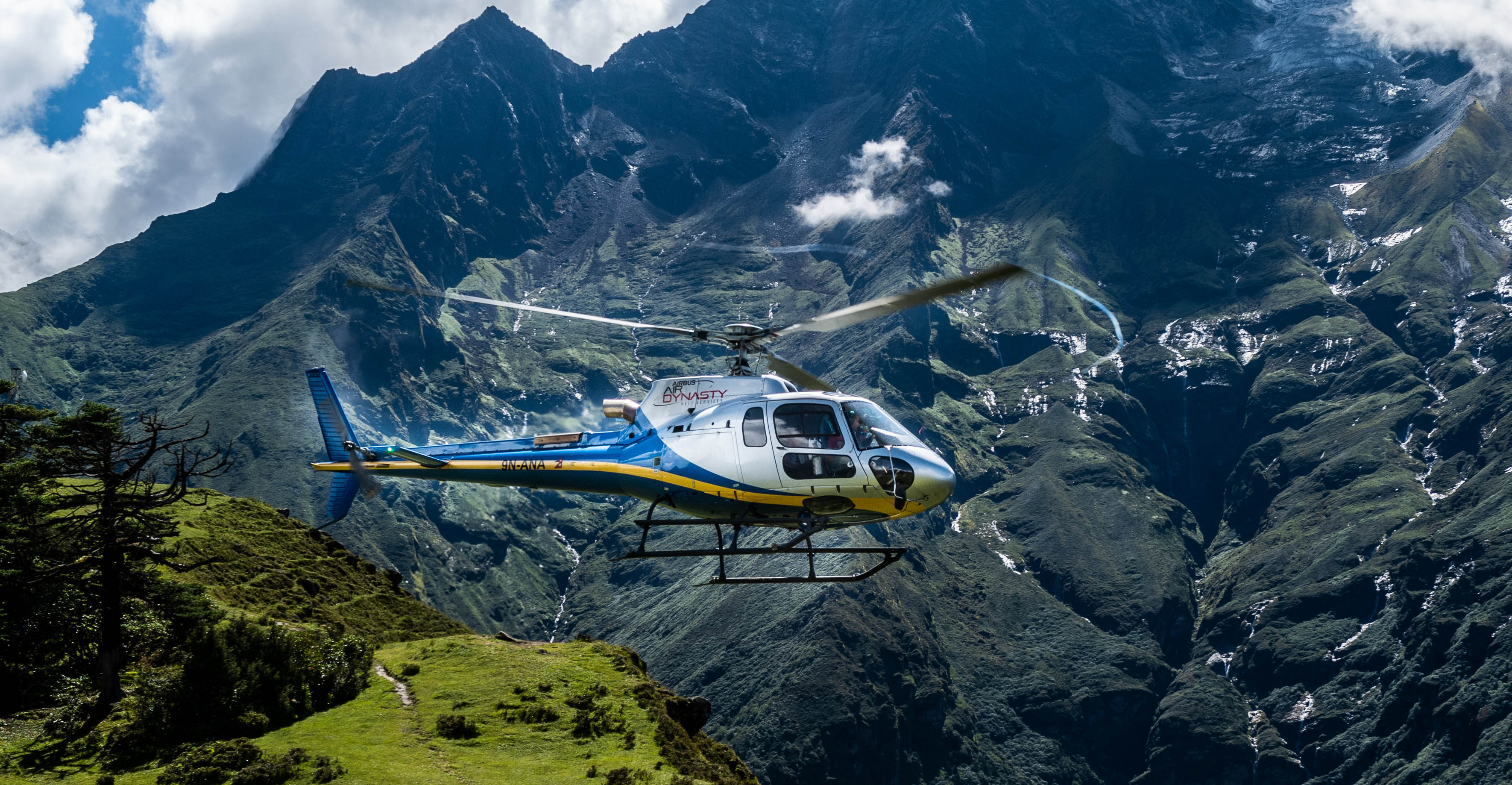 Considered one of the undemanding climbs, the Cho Oyu expedition, at 8,201 metres, is ideal for aspiring 8,000 metres climbers. The least technical demand and uncomplicated climbing routes make Cho Oyu, the easiest mountain above 8,000 metres. The 6th highest mountain, Cho Oyu, translates into "Turquoise Goddess". When viewed from Tibetan land, Cho Oyu, in the evening, turns into a magical turquoise blue.

Cho Oyu's expedition takes us to Tibet, a prevalent route for its expedition. It sits 20km west of Everest and sits between Nepal's NorthEast and China border. Topographically, Cho Oyu touches the Mahalangur Range, even a member peak among Lhotse and Makalu in this range, Gaurishankar Himal, and Number. Due to this, most climbers prepare for their Everest expedition by first climbing the straightforward Cho Oyu expedition.

The less technical climb of Cho Oyu doesn't mean that novice climbers can also scale the summit. But, you must have several successful climb experiences of 7,000 metres for the Cho Oyu expedition. You must have the expertise of high altitude climbing and ice and snow climbing.

First unsuccessful and successful Cho Oyu Expedition of 1952 and 1994

Almost two years later, on the 19th of October 1954, three climbers from the Austrian expedition: Joseph Jochler, Herbert Tichy, and climbing Sherpa Pasang Dawa Lama, reached the Cho Oyu summit via NorthWest ridge. Still, from that day, climbers first look up to the Cho Oyu expedition to better understand the endurance, technicality, and decision-making over the death zone.

Cho Oyu sits on the Nepal-China border as an integral member of the Mahalangur range. Thus, it is accessible from Nepal, called the Cho Oyu climbing from the South. Another route, the most preferred route to the summit, is the west ridge from Tibet. Unlike other 8,000 metres mountains in the Everest region, Cho Oyu is often termed an introductory mountain. The semi-technical climbs of small ice cliffs, not many crevasses, and rock sections make it easier for climbers to navigate the summit climb.

Few climbers don't prefer taking Sherpa's guide above the base camp, putting their lives and expedition at risk. World Expedition Nepal offers its clients to opt for top board service that includes logistics, base camp support, and complete guided climbing to the summit. On request, we also provide base camp logistic support and full board support.

Typically, the advanced base camp in the Cho Oyu expedition sits on the NorthWest face route over 5,700 metres. The Advanced base camp location is best for scenic sightseeing around the glaciers and mountains surrounding Cho Oyu.

The summit length from the advanced base camp is around 12 km and the altitude gain of 2,501 metres. You'll stay, acclimatise, and prepare for three weeks here. Cho Oyu advanced camp generally gets warmer during Autumn. The place becomes entertaining as nearly 15 expedition teams set their tents throughout the expedition period.

For most climbers, climbing to Cho Oyu Camp I from Advanced Base Camp takes around 6 hours. First, you'll walk past Gyabrang Glacier and climb a steep scree for a few hours before making a successful climb to Camp I via wider snowfield.

Every 8,000 metres peak is avalanche prone. Thus, Camp I at 6,400 will be the safest spot available. Our experienced logistics and Sherpa knows the safest camping site for Camp I.

Camp II of the Cho Oyu expedition sits on the snow-occupied broad ground, on top of a 25 metres colossal ice cliff. The climb becomes undemanding with the help of fixed ropes, which our Sherpa will fix long before we climb to Camp II. The heavenly glimpses of mountains and surrounding cinematic prospect keeps the climb entertaining.

The snow slopes to Camp II are not steeper than 39 degrees. Thus, maintaining a constant pace, we'll climb to camp II for 7 hours. It's almost a full day of climbing but more comfortable than climbing on other 8,000 metres peaks.

Cho Oyu expedition camp III sits over 7,500 metres making the summit climb shorter than ever. It sits just below the Yellow Band, a rock face that every climber must pass through on the summit day. A laborious part of this climb is that the rock surface gets covered in snow, demanding extra caution from climbers.

From Camp II to Camp III, we'll only climb 400 metres, but the snow slopes make the climb demanding. Camp III's stay is transient, unlike other camps where we stay overnight. Hence, this camp will only be a resting place before pushing to the summit. From here, climbers prefer using bottled oxygen till the Cho Oyu summit.

The Cho Oyu summit climb shortens as we have only 700 metres to climb. But, at a constant slow pace, it takes us nine hours to successfully reach the summit.

You'll leave Camp III at midnight after a few hours of good rest here. You'll be on top of the summit at around 8 am.

Climbing Yellow rock is not onerous, but the lack of oxygen, fatigue and death zone experience makes the climb tiring. Every action you'll execute at 7,800 metres takes a toll on the body. On 24/7 constant observation from our Sherpa guides, you'll reach the summit and make a safe return to Camp III. However, walking a long steeper fluffy snow slope demands your strength and focus. The Cho Oyu summit climb is comfortable other than these two major hurdles.

We, World Expedition Nepal, employ IFMGA certified climbing guides and sherpa for the Ama Dablam expedition we run. Also, we design every expedition with precise logistics and acclimatisation.

We operate every expedition with a fixed number of clients. Thus, we encourage you to reserve your seat before it fills out. We are ready to take you to this expedition for Autumn 2022 and Spring 2023. Are you ready?